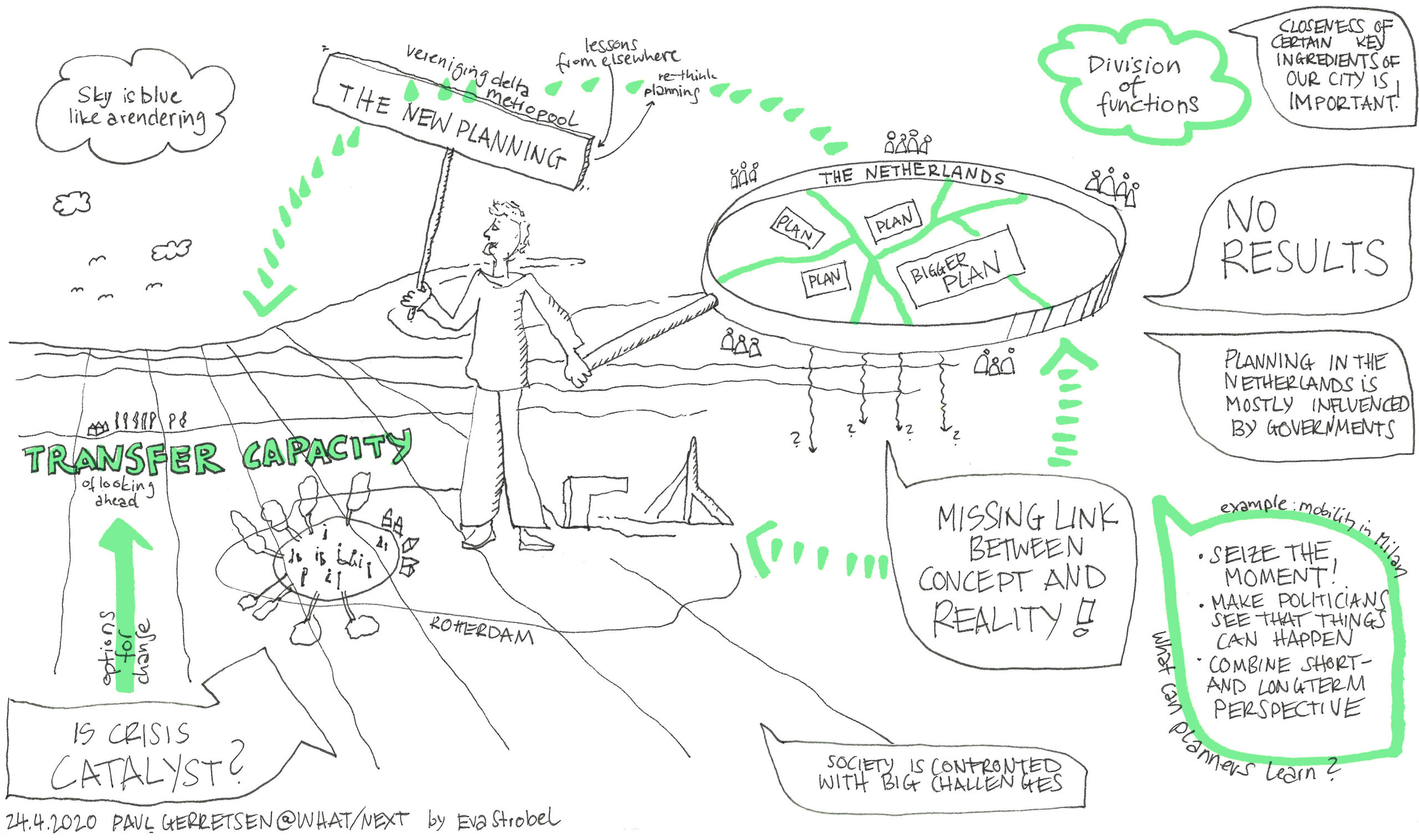 The Netherlands pose a particular setting for practicing planning. Paul Gerretsen knows the government driven system well and has made it his mission to allocate international knowledge and bring together disciplines, authorities and civil society to collectively engage into thinking about new paradigms for planning.

Listen to the podcast in English:

The lockdown period in the wake of the Corona-virus had us observe closely how everyday life changes in the neighborhood, how values have shifted, how the image of the urban space was altered and many more. But one has yet to look closer towards the different contexts in which planning takes place – since features are less visible, multi-layered and thus less obvious and more difficult to grasp from within. What (planning) system is prevalent and what (planning) conditions are created by the political or organizational context? How is change practiced?

Seize the moment! Come up with solutions that are relevant in these circumstances. Make politicians see that things can happen!

Paul Gerretsen offers an insight into the well organized planning system of the Netherlands: a government driven and dominated practice that is powerful but at the same time slow in creating change. An example: as the years move on, the Netherlands have not yet provoked the prolonged change in CO2-reduction as promised or aimed. At the same time, the crisis provokes all sorts of radical reactions in countries worldwide, not only by groups within civil society but by authorities themselves – not in the Netherlands. The crisis makes even more clear, which parts of a system remain paralysed.

How is this possible? The planning system in the Netherlands is of long tradition but has eroded over time. Paul Gerretsen finds that the potentially great plans that this well-regulated system of authorities is able to produce do not find their implementation paths: links between concept and reality are missing. It is not a question of finding new ideas but to set the right parameters in which change can take place. We learn that one step is to transfer the capacity of looking ahead into a much larger part of society, towards all those that are dealing with change: transfer the capacity to cope with future issues, with spatial implications into all kinds of other professions.

And how to start changing a system (like that)? A system whose components are disconnected or no longer function together gives room for independent thinking. A first step is to open up for new perspectives and learn from others. As the director of the Vereniging Deltametropool, a think tank for metropolitan development in the Netherlands, Paul Gerretsen offers an international comparative study. With The New Planning Dialogue a continuous research project is initated in search of new paradigms for spatial planning.

Paul Gerretsen is trained as an architect, worked at the Dutch National Spatial Planning Agency, Maxwan Architects and Urbanists and was appointed Director of the South Wing Studio for Research and Design of the Province South-Holland (2005-2008). Since 2008 he is appointed director of the Delatmetropolis Association.