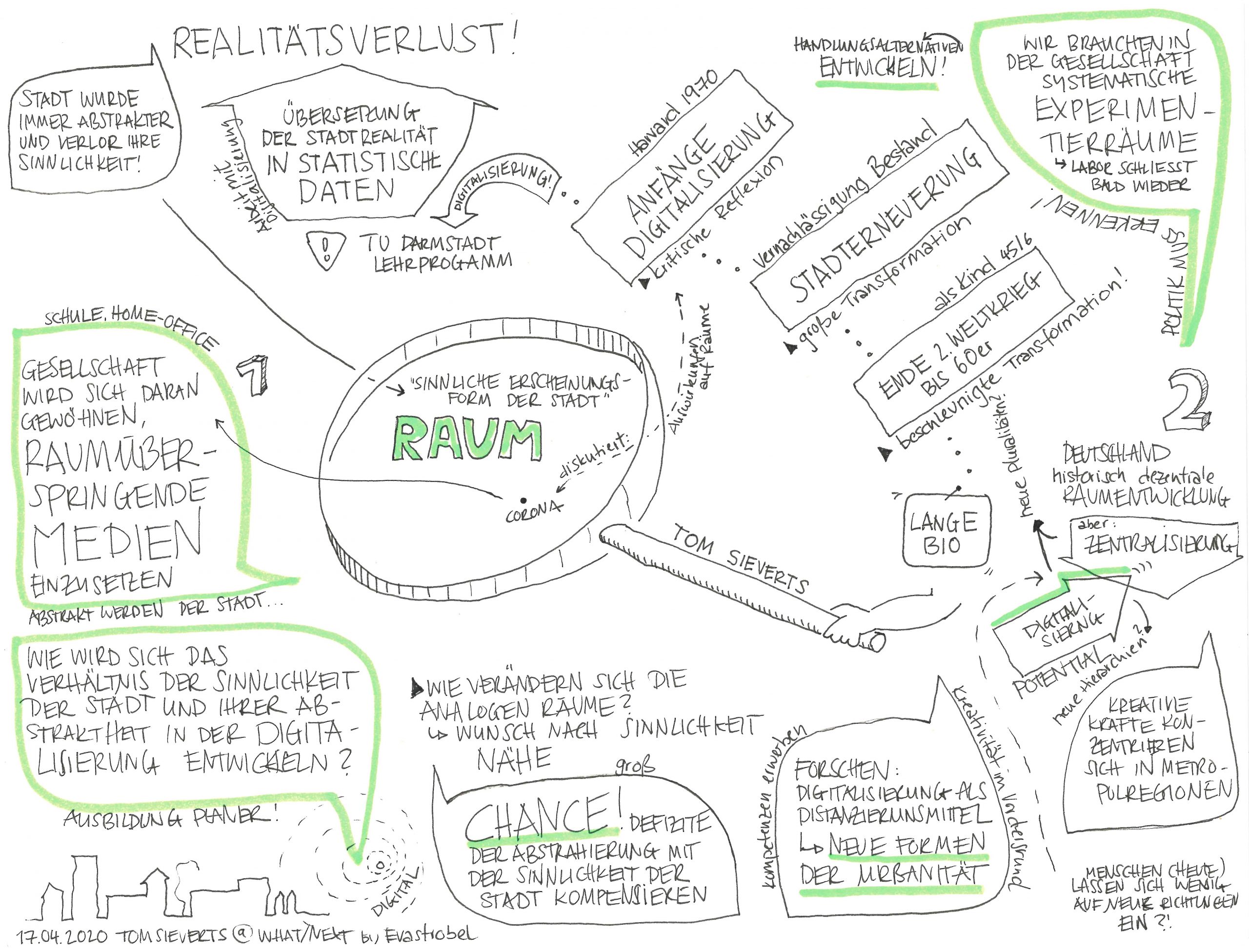 For assessing this profound change, the team of What/Next spoke with Thomas Sieverts, architect and urban planner. He reflects the current crisis in retrospect to his experiences in urban development, pleads for the sensuousness of urban space and derives future questions for prospective architects and planners from this.

How can we use digitization to concentrate on the essential tasks when disigning space? What do these tasks consist of? What opportunities are there in this period of the Corona crisis? Thomas Sieverts draws on decades of professional experience when he talks about the consequences of the corona crisis on urban development. He describes the accelerated times of change that he has experienced and actively lived through: the reconstruction phase after the Second World War, the phase of urban renewal in the 1960s and the beginnings of digitization in the 1980s. As a young university lecturer, he has been including digitization in his teaching program since 1970, but later abandoned it in favour of a decade-long preoccupation with the image of the city, the city as a field of characters and the city as habitat also for non-human life: city as living space.

Digitization as a means of distance demands new forms of urbanity. What changes will analog space go through?

The ongoing digitization of society today poses a great challenge for planners in many respects. Sieverts was part of the critical discourse on digitization at Harvard University. At that time, concerns were expressed that digitization could lead to a loss of importance of the spatial quality of the city. While these fears have hardly been empirically proven, there are signs of them in the current crisis: home-office can be conducted anywhere, even conferences no longer need a common place and cultural or sporting events currently only find their audience on the screen. It is Sievert’s concern that the sensuousness of space should remain one of the main objectives for planners and not be pushed into the background. In his opinion, the deficits of abstraction through digitization can be compensated with the sensual quality of the city.

Furthermore, digitization offers opportunities for spatial planning: the use of digital media could help to support decentralized structuring of space, precisely because they are space-transcending. They could mitigate the development of the historically decentralized German space towards a centralizing spatial structure, and thus counteract an unfair distribution in space. For this to achieve, systematic experimental spaces in society are needed.

Prof. em. Thomas Sieverts, born 1934, is a German architect and planner. He founded the Freie Planungsgruppe Berlin in the 60s and coined the term Zwischenstadt, which for the first time describes settlement structures that are neither city nor countryside. His research focuses on the city as a living space.